The Internet intensifies all the flaws and security threats linked to information technologies. Nowadays, news of new threats, of hacked TV shows, banks or even governmental institutions are commonplace. And it would be wrong to think online games are an exception.

On the contrary, an entire fringe group has found a calling in exploiting online games. The phenomenon was born a long time ago and is mostly present in the world of MMORPG. Since the finest hours of games like RuneScape or World of Warcraft, pople and even businesses have found ways to make money off of the game’s economy, and sometimes other players.

Like the MMOs they depend on, these black markets never stop innovating, evolving and adapting.

The term “black market” is always used in a negative context. It’s almost impossible to imagine the people taking part in it as moral or someone you can trust. But this perception is somewhat false. To understand this point, let’s go back to the origins of the phenomenon.

It would be almost impossible to identify who was the first player to realize some players were ready to spend real money to buy an item. One thing is certain - this didn’t go unnoticed.

As soon as MMORPGs became mainstream and traffic went up, a need arose: gaining rare items without sacrificing a lot of time. Maybe it was the lack of micro-transactions and constant supervision contributed to real-world money becoming a part of the barter system. Nevertheless, Gold or any “hard currency” used in the game has become a product.

It’s a simple concept: players wanting to sell in-game Gold through the black market had to be able to provide large quantities of it. In 2003, for example, 1 million of RuneScape 2’s Gold coins could be exchanged for 5-8 USD.

Sellers had to find crafty ways to obtain millions of Gold coins as quick as possible. They started identifying resources relatively difficult to get. Then, they wrote scripts to create automated accounts in charge of gathering as much of these resources as possible.

In the first MMOs, where sometimes there was no real limit to the amount of resources one could carry, this was a good solution. This process is still really profitable in lots of MMOs, even today. It got so common that developers had to start warning their players of the dangers inherent in buying Gold from Gold farmers.

For lots of Gold farmers, this was an easy way to make money. So It wasn’t really surprising when they quickly found easier, more lucrative alternatives. Even if those alternatives were illegal and sometimes downright harmful.

Why spend hours on farming precious resources or to program thousands of bots, when you can just hack other people’s accounts and steal their resources? That was the logic some unscrupulous companies and black market operators came up with. The same logic that gave the black market its bad reputation.

As early as 2005, some websites started offering players help in developing their game accounts. The players just had to give over their accounts’ credentials. unsurprisingly, players who were sending their username and password to those websites got their accounts stolen. The stolen accounts were then resold or emptied of resources.

This type of hacking is the most popular, but it’s also the easiest to prevent. It’s enough to simply not give away your login details to someone on the Internet. Likewise, it’s advised not to use any third party software noncertified by the game developers. Those softwares could, as promised, boost your resources, but nothing prevents them from stealing your login details when the time is right.

But phishing is not the only tool of would-be MMO hackers. Some choose more straightforward or drastic methods. Sometimes, the easiest way to get millions of gold coins you can sell for real money is to just create them.

Some players found ways to generate the rarest game resources by manipulating its code. In some cases it’s about creating fortunes, but sometimes they can generate rare items or even in-game houses. That’s what MANFRED - a hacker specializing in MMOs - told during the DEF-CON Conference of July 2017.

The hacker was explaining a few relatively simple methods he was using to achieve his dubious goals. For example, in Ultima Online, MANFRED noticed he could steal houses from players. He then began selling those houses on eBay for $2,000 on average. For more than 20 years, he managed to build a small fortune exploiting the flaws in the code of some really popular MMO games.

WoW is far from being the first MMO suffering from a parallel economy. But it has been one of the most popular online games  for a long time. It’s not surprising then, that its black market also got its fair share of media attention.

Some might remember the documentaries about Chinese companies that were storming WoW’s servers just to get some gold? Just go on Google or YouTube and search “Gold Farming in WoW” to understand the scale of the problem. What is more surprising, though, is that this practice is not limited to players or companies. Sometimes prisoners are forced to play against their will, occasionally in inhuman conditions. 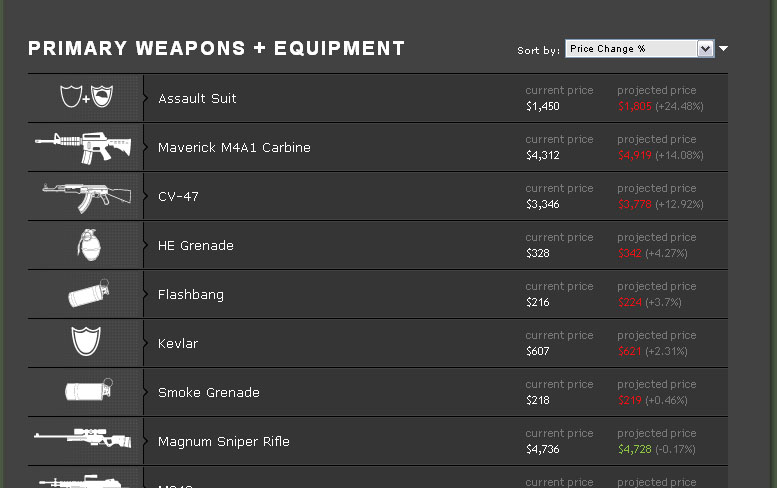 Counter Strike is not an MMO in the conventional sense, but it was one of the largest parallel economies in an online game. This industry is way more aggressive than the ones you find on other online games, with an “anything goes” policy. You can find bets on games, sales of personalized equipments and even totally illegal online casinos.

Developer Valve is trying to combat this phenomenon by punishing those it catches in the act. Unfortunately, this strategy doesn’t always pay off. To some extent, the parallel industry of Counter Strike Global Offensive actually helps propel the game’s popularity; and the money it’s making. Some even point the finger at the developers themselves for allowing this to continue. 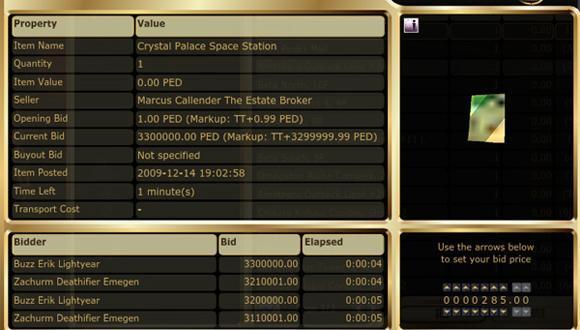 This MMO is located at the other end of the black market’s spectrum. In an attempt to prevent the rise of a black market, game developers tried to introduce their own currency conversion system. Players can invest real money to advance their characters and account, and they can sell items in game and convert their “Gold” (referred to as PED) to US dollars. This concept is quite creative, and since the release of the game in 2003, this business model seems pretty solid.

But this built-in convertibility made Entropia Universe accounts really attractive to informations hackers. Especially when you know the game entered the World Guinness Book of Records after selling a space station for $330,000.

But Is It Legal?

Obviously, one must wonder if it’s all legal. Aren’t those black market practices against the law? Or, at the least, don’t they breach the MMOs’ Terms of Use? Most of the time, the law isn’t interested in the economies of an MMO game. Except when gambling is involved, especially by minors.

Gold farming or accounts reselling are not, strictly speaking, illegal. But developers tend to be against these practices, because they fear legal action. As a matter of fact, if two sides of a black market transaction decide to go to court, developers are immediately involved since their MMO is the financial medium.

Theoretically, one solution to prevent real money transactions would be to place the entire economy in the hands of the developers. Players wouldn’t be able to affect supply and demand. This would be unfortunate and would hurt the game’s appeal and authenticity. Such a choice could discourage players from spending time on the game, and might lead to a total abandonment of the MMO.

Few people are better positioned than Eyjolfur Gudmundsson, who was Lead Economist at Eve Online developer CCP. EVE Online is known for mixing real-world money and in-game finances. Gudmundsson summarized the effect of black markets on MMOs: MMO black market that work with real money do not necessarily present a threat to the game’s economy. It is necessary, though, to set up some sturdy safeguards to regulate supply and demand, to adjust the inflation and to prevent market manipulation. Those ideas can seem really complex but you can find them in every MMO you ever played.

No MMO can be totally free of black markets. Even when there are no practical ways for the players to exchange resources in-game, it’s always possible to sell accounts. Even browser games are no exception.

You can be certain that the game community is not indifferent to the situation. Lots of players have been victims of unscrupulous gold farmers, which might explain the hostile attitude towards those players. Others are affected by the economic degradation they blame on those farmers.

Sometimes, this hostile attitude appears in a global campaign to try and discourage or sabotage the work of farmers. One of the most recent case happened in RuneScape, where some players got very hostile towards players coming from Venezuela. To give you some context, Venezuelan players were trying to make extra money in RuneScape to try and survive the hyperinflation hitting their country.

Finding solutions to that kind of situation is not always easy. Keeping track of the actions and interactions of all the players is not easy. And it’s not always possible (or wise) to ask others players to signal suspicious accounts. Not only would you need to check every report, but you would also have to be sure these reports are always made out of good faith.

Anyway, in most cases, the only solution is to integrate the black markets into the game by using models like the one of Albion Online. In this game, precious items that could attract black market racketeers are not dropped by monsters or at the end of dungeons. You need to go see an NPC who is organizing the redistribution of those precious resources. To this day, there is no reliable solution to farm a specific resource. Albion Online’s solution is smart and seems to work for now, but it cannot be used in each and every MMO.

All in all, MMOs’ parasitic markets are an extremely complex and problematic issue the developers cannot always overcome. Even for studios like Blizzard, with huge resources and lots of experience in this kind of situations, black markets are still a major issue.

Developers cannot face it alone. Players need to play their role by not giving in to the temptation of cheap items and Gold. But, even then, one must admit this illicit industry still has a rosy future... Maybe the only practical solution is to include it as part of the MMO’s gameplay, and to fully regulate it. Then again, some claim black markets don’t do any real harm to a game, so we might was well just leave it alone...

Want to Get Better at Strategy Games? Join the Military!